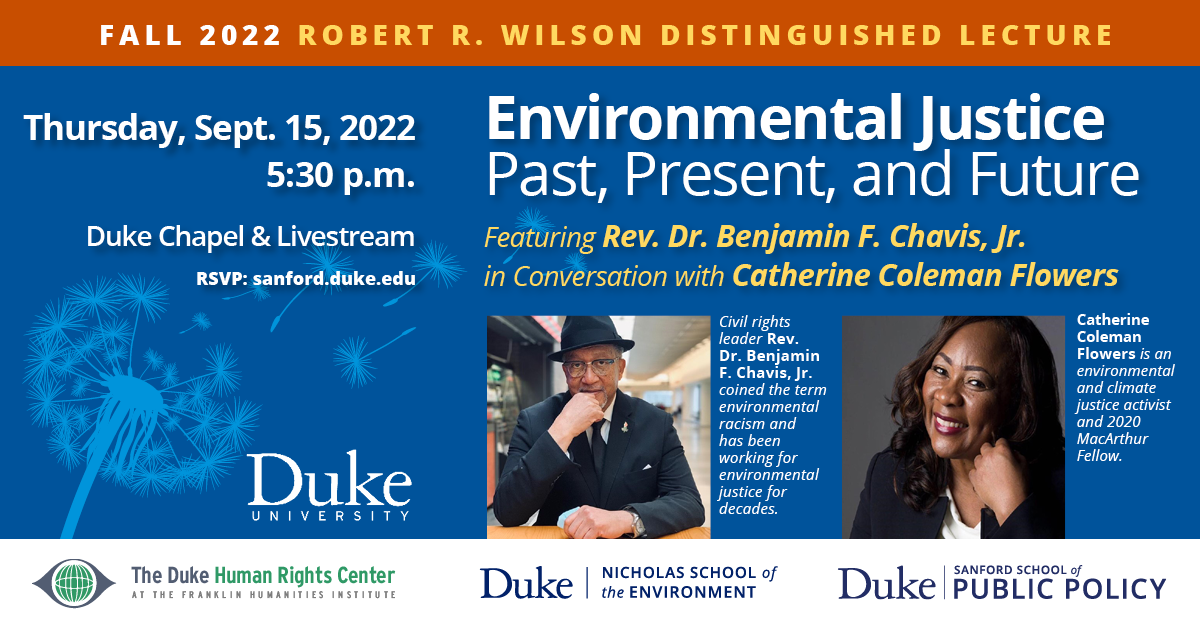 Environmental Justice: Past, Present and Future

Join the conversation at Duke University on Sept. 15 for an important public event commemorating the 40th anniversary of the Warren County protests in North Carolina. The nonviolent protests in 1982 surrounded the state's disposal of soil laced with PCBs in the predominately Black community. The protests were considered among the earliest for environmental justice in the United States.

The Robert R. Wilson Distinguished Lecture will feature the Rev. Dr. Benjamin F. Chavis, Jr., who is credited for coining the term "environmental racism," which he declared from his prison cell after being arrested during the protests. Chavis will discuss the past, present and future of environmental justice with Catherine Coleman Flowers, activist and recent McArthur Genius Grant awardee.

Event partners include the Sanford School of Public Policy, the Nicholas School of the Environment and the John Hope Franklin Center.

In addition to the Wilson Distinguished Lecture support, this event is also supported by the Reckoning with Race and Racism in the American South grant and the Environmental Law and Policy Clinic. This event is a part of a larger series of lectures and celebrations of environmental justice this fall at Duke University.

Free and open to the public.

For questions about this event, please feel free to email sanfordevents@duke.edu.