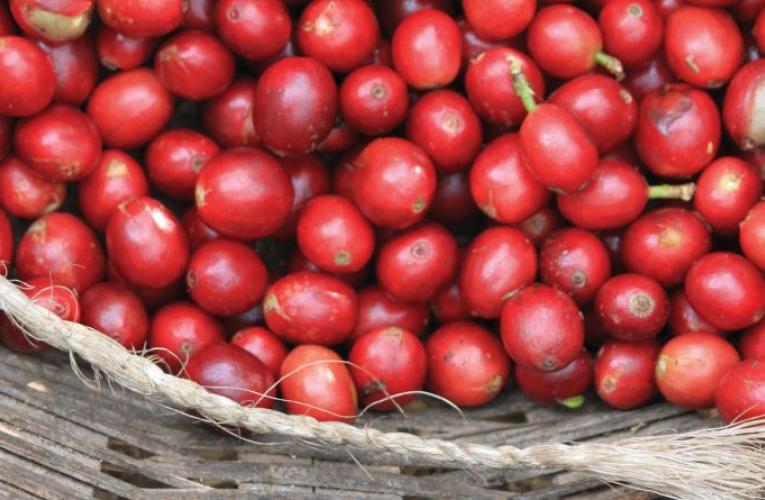 A partnership between the Nicholas School of the Environment and Counter Culture Coffee looks to help small coffee farmers in Latin America adapt to the effects of climate change, a daunting challenge that has increasingly preoccupied the $70 billion coffee industry for the past decade.

“They’re on the front lines of really experiencing climate change,” says Associate Professor of the Practice of Environmental Policy and Management Elizabeth Shapiro-Garza, who has led the project, pointing to outbreaks of a damaging fungus known as coffee leaf rust—roya in Spanish—as well as increasing inconsistencies in the rainy and dry seasons.

“At a really fundamental level, our supply of good-quality coffee—coffee in general—is directly being threatened by climate change right now.”

Counter Culture, a Durham-based specialty coffee roaster, has worked with Shapiro-Garza and nearly a dozen Master of Environmental Management students during the past five years to understand the viability of adaptation strategies that better support the company’s producers while ensuring long-term, sustainable coffee production. 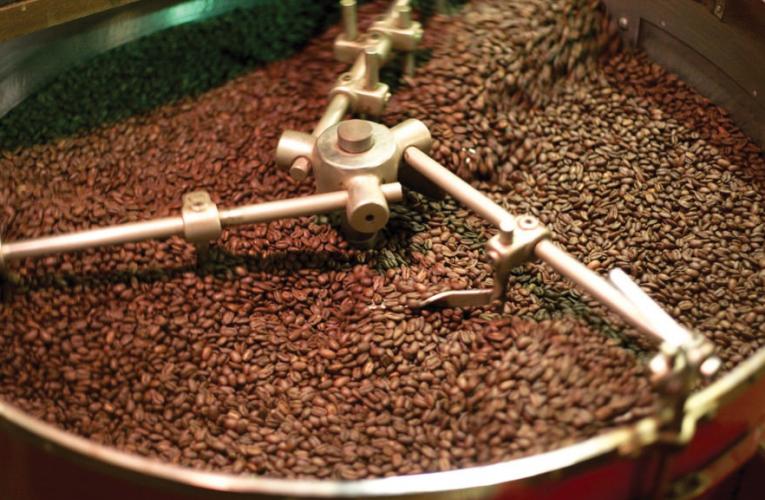 The research has resulted in two group Master’s Projects, an internship and a research assistantship that will culminate in the creation of a tool kit based on recommendations from an earlier workshop to identify feasible adaptation solutions for smallholder farmers.

“There’s a sense of urgency, so we needed to figure out how to take that process and do something that we can repeat,” says Meredith Taylor, Counter Culture’s sustainability manager.  “Not only is this something we want to repeat in our supply chain, but we also want everyone to be able to repeat it. This isn’t a proprietary process. We want to offer it to the coffee industry as a tool they can use.”

The joint venture began when six Duke University master’s students traveled in pairs to one of three cooperatives—located in Colombia, Guatemala and Peru—for eight weeks in the summer of 2014. There, they surveyed smallholder farmers about what climate-related challenges they were experiencing as well as what adaptation strategies they found most useful.

“It opened my eyes to the importance of talking to the communities that are directly experiencing climate change,” says Martín Ramírez Mejía MEM’15, who conducted research at the cooperative in Colombia.

“That bottom up approach, in which we can learn from the day-to-day operations, is extremely important to come up with what strategies can actually be successful.”

The participatory research also included interviews with leaders in the local coffee industry and other non-governmental agencies to identify environmental, political and economic conditions that could impact what approaches could be implemented effectively. 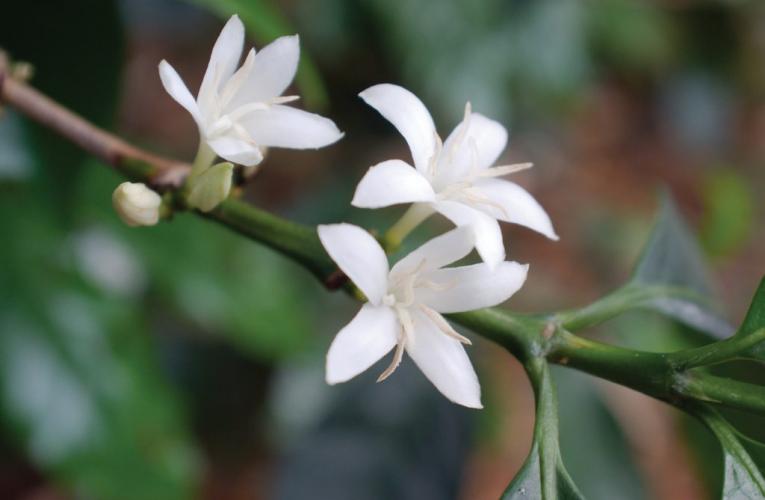 As part of their 2015 Master’s Project, Ramírez Mejía and classmates Claire Fox, Joanna Furgiuele, Saira Haider and Michael Younis found that 89 percent of farmers across the three countries noticed the effects of climate change. Not only was it impacting the quality and quantity of coffee, but also the farmers’ ability to support themselves.

The students, including Brenda Lara from Duke’s liberal studies program, also discovered that farmers had come up with a large variety of adaptations—oftentimes implemented at small scales.

“Though individual farmers were innovating to adapt, there wasn’t a whole lot of collective action on these issues,” says Shapiro-Garza, who designed and analyzed the research.

In order to narrow down the 17 adaptation strategies that the first group reported to Counter Culture, a second group of students—2016 MEM alums Jennifer Finley-Lezcano, Danielle King and Sapphire Wang, Sanford School of Public Policy’s Ariadne Rivera and the Duke Global Health Institute’s Jared Jinn—returned to the cooperatives in Guatemala and Peru to find which ones were most feasible.

These students worked with cooperative leaders to narrow their research to five strategies: income diversification, integrated pest management, solar coffee dryers, rainwater collection systems, and seed banks and nurseries. Analysis of data from extensive interviews and focus groups allowed them to rank the solutions based on how well they helped farmers achieve sustainable livelihood improvements and economic growth.

“We found that not only is climate change impacting people differently, but the solutions are very dependent on the conditions of each farm,” says Taylor.

She explained that minor changes in precipitation—too much or too little rain—can have a significant effect in coffee farming, as the crop grows during the wet season and is harvested during the dry season.

For example, if it’s raining when the coffee should be laid out to dry, the quality of the crop is negatively impacted and its price drops.

It would make sense that all farms seeing this problem would choose to install solar dryers, but the project found that this solution was only feasible if farmers had existing open, flat areas to build these structures and the access to the necessary resources.

“There’s no silver bullet to fix it all,” Taylor says. Reaching only three cooperatives in two years—out of the nearly 150 places Counter Culture buys coffee from—made the company realize that it needed to come up with a more efficient way to help farmers identify their issues and find their own adaptations to climate change. That’s where the idea for an easy-to-replicate workshop came from.

In conjunction with Twin Trading, a nonprofit based in the United Kingdom with experience in developing workshops on topics like gender equality, Counter Culture summer intern Kathryn Gaasch, a current second-year MEM student, was tasked to develop a 2- to 3-day workshop format. Soon she was on her way to Peru with Meredith Taylor to pilot the program.

Gaasch says it was important to design the program using participatory techniques.

“We didn’t recommend anything,” says Gaasch. “That was actually the point. We had a framework for farmers and producers, for the cooperative, to identify what their challenges were, what resources they had and what solutions might be feasible for them.” 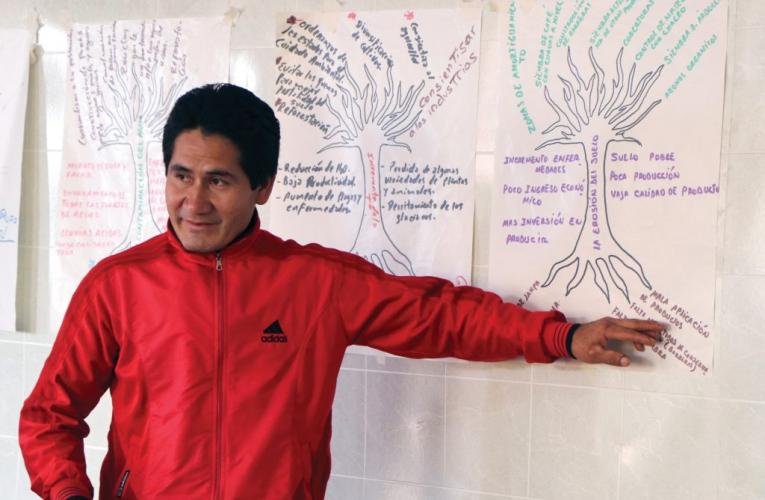 By fostering the farmers’ knowledge and letting them find their own adaptations, the farmers had more buy-in on the solutions and were better motivated about the project.

“People came in ready to take notes at the workshop, when it was the other way around,” says Taylor.

“By the end, everyone expressed that they felt really valued, heard.”

In October, Counter Culture conducted a second workshop in Guatemala, where they adjusted the language of the instructions and activities to make sure participants understood that non-agricultural solutions also were on the table. This was important because farmers could then have options for a steady source of income even when climate events prevent them from working at the farm.

“When you think about climate change resilience and communities like these being able to absorb climate shocks, the solutions don’t necessarily have to be agricultural-based,” Taylor says. “There’s a whole social, economic side of things that builds community resilience.”

The farmers in Guatemala came up with income diversification solutions, including raising chickens and building a seed nursery, that are less weather-dependent than day-to-day farm work. Current MEM student Shannon Thoits, who wrote a case study on the beta workshops in the fall as part of her assistantship with Shapiro-Garza, is responsible for turning the workshops’ protocol into a digital toolkit. This will allow others to replicate the program without needing to be long-time facilitators or climate change experts. 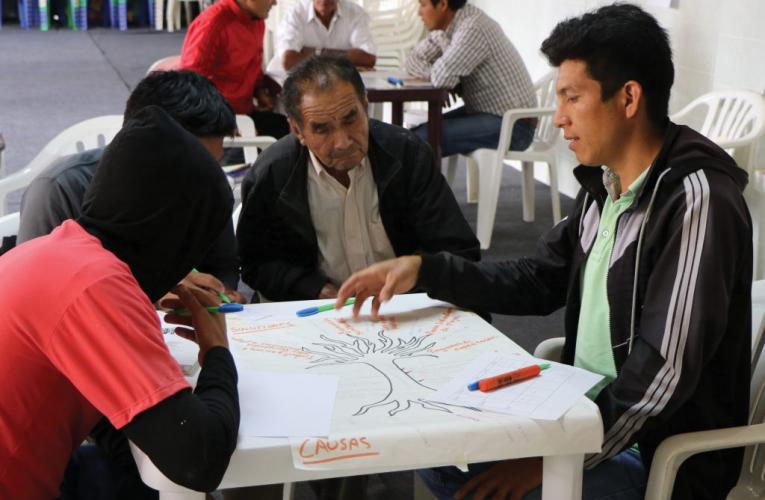 Kim Elena Ionescu, the Specialty Coffee Association’s chief sustainability officer and Counter Culture’s sustainability manager when the project launched, is hopeful about the project’s overall implications for the coffee industry.

“As I’ve seen it evolve, it seems to me that the project is a great example of what a company can do to be innovative and responsive in the context of an issue like climate change,” she says.

Counter Culture hopes to launch the toolkit at a coffee association expo this spring. Meanwhile, Shapiro-Garza and some of her former students are collaborating on peer-reviewed articles about their findings, which they’ve already presented at different workshops and conferences.

“The students have been really involved throughout the whole process, which is so impactful,” Shapiro-Garza says.

Working for a client, the students have been able to garner hands-on research experience while traveling abroad and getting to understand how people’s lives, environment and other factors provide and constrain their options.

“Experiencing that on the ground is incredibly important, especially for students interested in working in an international context,” says Shapiro-Garza.

King, who was a research assistant for Shapiro-Garza before being part of the second Master’s Project, says having that real-world training was a great learning experience.

“I got to learn a lot more about coffee, more than you can even learn in a book,” she says. “But more than that, I think I learned how to work across fields—with research institutions, nonprofits and the corporate sector—which was probably the biggest thing I got out of this project.”

Taylor says the benefit is mutual, as being able to tap Nicholas School students’ specialized expertise is a big plus. “We don’t often get infusions of people who are looking at problems from a different angle,” Taylor says. “The students provide some of that lens.” 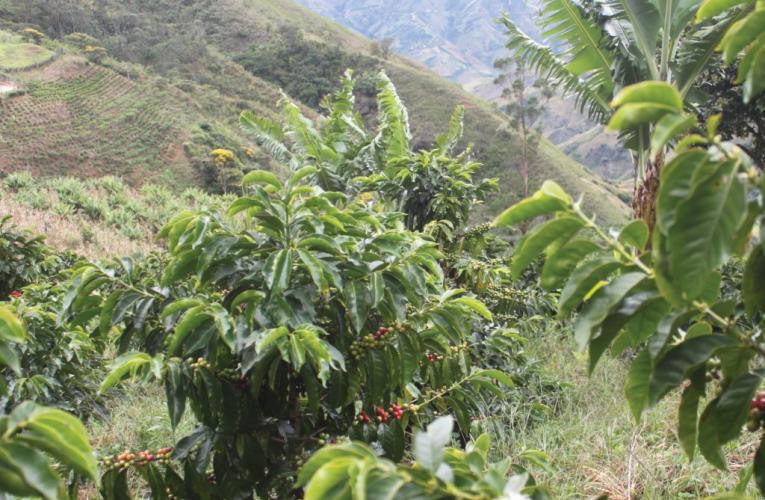 “Students bring innovative ideas and perspectives in a way that a lot of professionals are kind of removed from,” she says. “I think that’s something that every business should be taking advantage of.”

Shapiro-Garza credits the students’ hard work, and their ability to navigate difficult living conditions as well as cultural and language barriers, for the partnership’s success.

“It’s their willingness to really jump in feet first, but also their dedication to producing something of use and value that’s going to have a real impact on the world,” she says. “And our students are like that. That’s who they are. They’re ready to go change the world.” 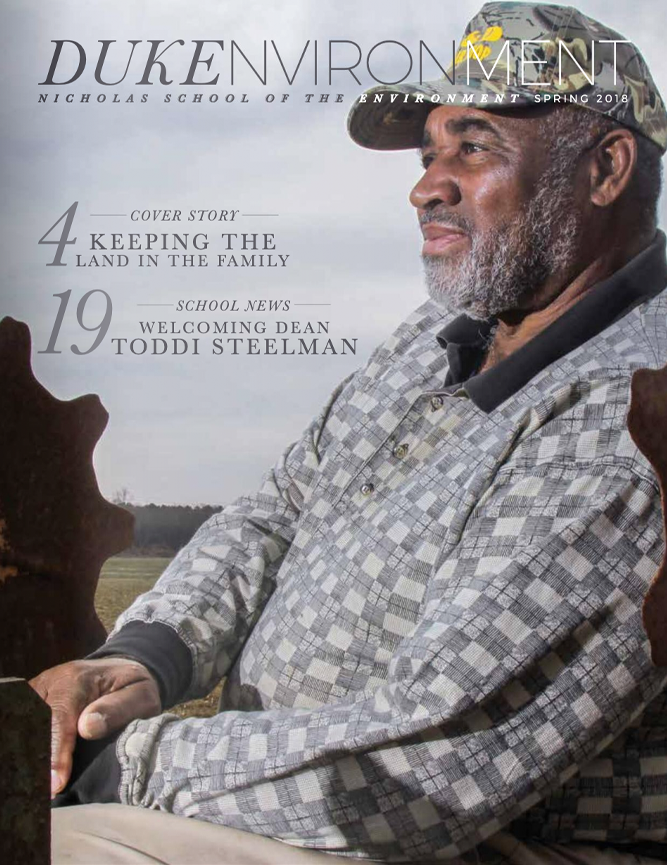